The Superiority of Lailat-ul-Qadr (the Night of Decree)

"We sent it (this Qur'an) down on a blessed night [(i.e., the Night of Al-Qadr, Surah No:97) in the month of Ramadan, the 9th month of the Islamic calendar]. Verily, We are ever warning [mankind that Our Torment will reach those who disbelieve in Our Oneness of Lordship and in Our Oneness of worship]. Therein (that night) is decreed every matter of ordainments (i.e., the matters of deaths, births, provisions, and calamities for the whole (coming) year as decreed by Allah). As a Command (or this Qur'an or the Decree of every matter) from Us. Verily, We are ever sending (the Messengers). (As) a Mercy from your Rubb, Verily! He is the All-Hearer, the All-Knower.'' (44:3-6)

1189. Abu Hurairah (May Allah be pleased with him) reported: The Prophet (PBUH) said, "Whosoever performs Qiyam during Lailat-ul-Qadr (Night of Decree), with Faith and being hopeful of Allah's reward, will have his former sins forgiven.''
[Al-Bukhari and Muslim].

Commentary: Qiyam here means what keeps one awake to one's capacity and for worship and makes one perform Nawafil, impels one to beg pardon for sins from Allah, urges one to praise Him. Specially, if a person performs `Isha prayer and Fajr prayer in congregation, he will hopefully attain all those distinctions which are mentioned in this Hadith.

Commentary: "Tawat'at'' linguistically means to step or walk on, that is, to place foot over the place where one's fellow kept his foot. Here, it is used in the sense of correspondence. In other words, "I see that your dreams all agree upon the last seven nights'' stands to mean "you had similar dreams''. This was done by showing all of them the (spectacle) of Lailat-ul-Qadr. On the strength of these dreams, the Prophet (PBUH) said that Lailat-ul-Qadr should be sought in the last seven nights of Ramadan. The wisdom of keeping it secret is to keep people awake to engage in worship for a larger number of nights in this auspicious month.

1192. `Aishah (May Allah be pleased with her) reported: The Messenger of Allah (PBUH) used to observe I`tikaf in the last ten days of Ramadan and say, "Seek Lailat-ul-Qadr (Night of Decree) in the odd nights out of the last ten nights of Ramadan.''
[Al-Bukhari].

Commentary: We learn from this Hadith that Lailat-ul-Qadr occurs in any of the five odd nights - 21st, 23rd, 25th, 27th and 29th - of the last ten nights of Ramadan. Its exact date has not been revealed for the reason that people keep themselves awake for prayer for a larger number of nights. Had its date been fixed, people would have kept awake for prayer only on that night. There is a general belief among the scholars that it is fixed, on the 27th night of Ramadan. But this is not correct. Ahadith do not confirm this view.

1193. `Aishah (May Allah be pleased with her) reported: When the last ten nights (of Ramadan) would begin, the Messenger of Allah (PBUH) would keep awake at night (for prayer and devotion), awaken his family and prepare himself to be more diligent in worship.
[Al-Bukhari and Muslim].

Commentary: We learn from this Hadith that:

1. One should concentrate more on prayers and worship on the last ten nights of Ramadan than the first twenty nights, in the same way as one should do more worship in Ramadan than in the other months.

2. One should keep oneself awake for prayer, worship and glorification of Allah in the last ten nights of Ramadan so that one can attain the blessings of Lailat-ul-Qadr.

3. One should also persuade his family members to keep themselves awake for prayer and worship in the last ten odd nights of Ramadan so that they can also make efforts to please Allah.

4. I`tikaf (seclusion in the mosque for prayers) in the last ten days of Ramadan is also a meritorious act for its being a practice of the Prophet (PBUH).

1195. `Aishah (May Allah be pleased with her) reported: I asked: "O Messenger of Allah! If I realize Lailat-ul-Qadr (Night of Decree), what should I supplicate in it?'' He (PBUH) replied, "You should supplicate: Allahumma innaka `afuwwun, tuhibbul-`afwa, fa`fu `anni (O Allah, You are Most Forgiving, and You love forgiveness; so forgive me).''
[At-Tirmidhi].

Commentary: Although no specific sign of Lailat-ul-Qadr has been mentioned in the Ahadith, some eminent scholars have stated, on the basis of their own experiences and observation, that since angels descend on this night, one feels a peculiar tranquillity and peace of mind and one is overwhelmed with a unique tenderness of heart. The night is neither very hot nor very cold but a temperate one. Similarly, the sun that rises on the next day is also not very hot etc. etc. Allah knows the truth of the matter despite all that has been said in this regard. In any case, on this auspicious night every Muslim should earnestly pray to Allah for the forgiveness of his sins with reference to His Attribute of Forgiveness. 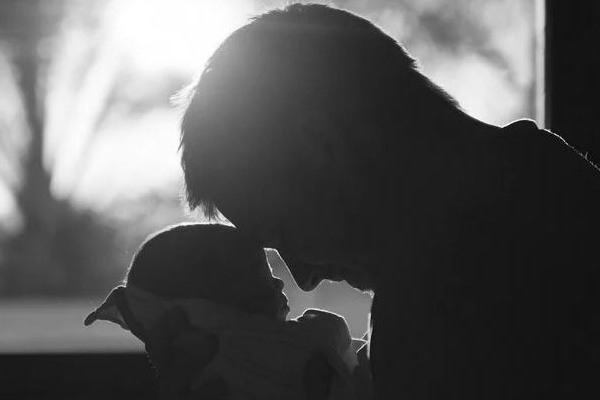